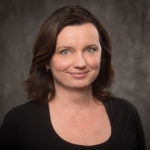 by Jana
Spread the love

You’ve probably never given much thought to the app on your phone that does so much for you. But National App Day is coming up on December 11th, and it’s a day worth celebrating. Apps are what make our lives easier—they help us with everything from connecting with others to driving directions.

There are a lot of facts surrounding apps that you might not be aware of, including:

Apps are a big driver of job opportunities: It takes people power to develop apps, and the number of jobs created over the past decade-plus has boomed in the app marketplace. Apple notes that since the launch of its app store in 2008, an entire industry has blossomed, generating more than 1,500,000 jobs in the United States alone and bringing in more than $16 billion for app developers. That is more than the Gross Domestic Product of more than 75 countries!

As long as we’re talking numbers: The total number of mobile apps on the planet is truly astonishing. As of February 2020, Forbes stated that there were more than 8.93 million apps available across various devices. With hundreds of apps being developed each day, the world has surely blown well past that figure. If you can think of a process for something, there is probably an app for it.

The demand for mobile apps is expected to only increase: Every smartphone, regardless of the operating system, comes with some apps already pre-installed. With the number of smartphone users expected to top 3.8 billion at the end of this year, you can anticipate that the demand for new mobile apps is only likely to grow. In turn, developers will have to come up with new and improved apps to help grab and maintain an audience’s attention.

Apps have grown beyond smartphones: An app is no longer something that you use only with your smartphone. Wearable devices, such as smartwatches and smartglasses, are a trend that is expected to continue. In addition, many items in our homes can now connect with the internet. Refrigerators, thermostats, even light bulbs can be controlled by an app. As the “internet of things” becomes more commonplace and prices on smart devices start to drop, you can bet that app demand will continue to rise.

Apps enable you to work offline: Laptops and tablet computers have made desktops more portable, but it’s difficult to get much of anything done when your WIFI goes down. One of the most useful aspects of a mobile app is that can provide users with basic content and functionality even when offline. Although web pages use caching to help speed up page load times, the functionality of this approach suffers greatly when the Internet isn’t available. You can still accomplish much offline when using a mobile app.

In the fast-changing world of apps, evolution is key. Docketly is dedicated to continually improving its app to better serve court appearance attorneys. Docketly has recently overhauled its app, improving on its look and functionality while providing legal practitioners with an optimal user experience.

Docketly listens to the people who rely on its mobile app and takes their feedback to heart when it comes time to make any updates to their application. For example, some users wanted an experience that replicated their desktop processes. Docketly’s developers responded by changing functionality such that appearance attorneys can now do everything from their smartphones the same way they would have done on a computer. They can rename files and print them directly from the app. Users are no longer tied to a desk or a place with a reliable internet connection.

In addition, Docketly’s custom-built system dramatically simplifies the process of submitting hearing reports. Thanks to automated guides, most reports take less than one minute to complete. Even scanning documents into the app is easy thanks to a built-in camera feature ––no external scanner or computer is required.

Also, new updates include linking directly to Zoom through the app for virtual court hearings. Appearance attorneys will no longer have to toggle between screens and platforms to get where they need to be. The new updates also enable appearance attorneys to link directly to the court’s website where they are scheduled to attend a hearing. With shifting rules regarding in-person appearances and occasional court closings, this feature is an invaluable time-saver.

View a tour of the Docketly app features.

National App Day or Any Day, Docketly’s App Is Here to Help You

Discover how Docketly’s mobile app can make your job as an appearance attorney easier. Download the Docketly App today! 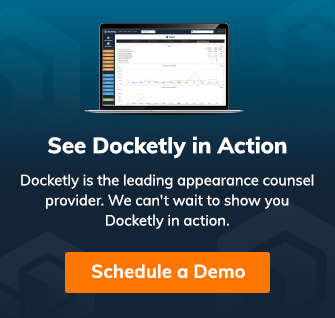